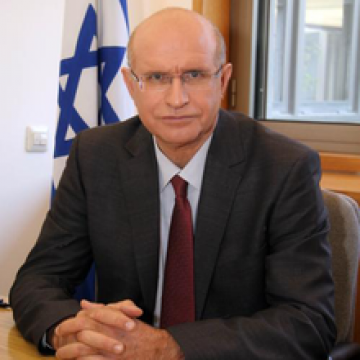 Avishay Braverman is an Israeli economist and politician, and the former president of the Ben-Gurion University of the Negev. He served as the Israeli Cabinet Minister and Chairman of Parliamentary Economic Affairs and Finance Committees and Senior Economist and Chief of World Bank Agricultural Development Policy. A highly successful university president and internationally-recognized economist, Professor Braverman offers unique and inspiring perspectives on agricultural economics, sustainable economic development and social justice, industrial organization and public policy, and effective regional and water resource development.

Professor Braverman studied statistics and economics at Tel Aviv University and received his PhD in economics from Stanford University in the United States. He worked for fourteen years at the World Bank where he held the positions of Senior and Principal Economist as well as Division Chief of Agricultural Development Policy. During his tenure, he conducted research and was responsible for formulating policy and evaluating projects throughout South America, Africa, Asia, the Middle East and Eastern Europe with a focus on economic development and social justice. After working in Washington those fourteen years, Professor Braverman returned to Israel to become president of the Ben-Gurion University of the Negev for the next sixteen years. He has received international recognition for leadership and social justice along with many other awards, prizes, and honorary degrees, including Commander of the French Order of Academic Palms, Doctor of Humane Letters for contributions to the State of Israel and the Jewish people from the Jewish Theological Seminary, Honorary Doctorate degree from Rand Afrikaans University, Quality in Government Prize in the State of Israel, Ben-Gurion Prize, Annual Rotary International Prize, and Man of the Year from Lions Club International. He has served as a Member of the Board of Directors of several of Israel’s largest corporations, including Israel Corporation, IDB Development Corporation, Machteshim Agan (now Adama), and the Dead Sea Works. He is the co-author and editor of several books and has written many articles on economic, political, and agricultural subjects.