Nina F. Ichikawa is a fourth-generation Californian and policy professional dedicated to making good food accessible, sustainable, and culturally appropriate. Prior to joining BFI, she served in the office of Senator Daniel K. Inouye and with the US Department of Agriculture’s “Know Your Farmer, Know Your Food” Initiative. In 2011, she was named a Food and Community Fellow by the Institute for Agriculture and Trade Policy. In 2009 she launched the Food and Agriculture section for Hyphen magazine, and she has also written for Civil Eats, Grist, Al-Jazeera America, NBCNews.com, and Rafu Shimpo. Her writings on Asian American food and farming have been published in Amerasia Journal and Eating Asian America: A Food Studies Reader. Following research on sustainable food systems in rural Japan and Mexico, Nina received an MA in International Relations/Food Policy from Meiji Gakuin University and a BA in Interdisciplinary Studies/Food Policy from UC Berkeley. 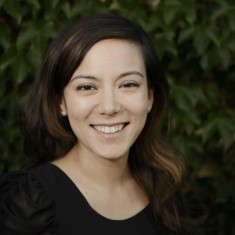