What I Didn't Learn from Textbooks: Field Studies in the Northern Negros Natural Park

Last Thursday, one of our lectures was on the topic of conservation. It served as a general overview of the general constraints we face as (future) environmental leaders when working with nature conservation. For example,  there are conflicting goals and lack of a clear commnication process due to the different backgrounds and viewpoints of conservationists. We also received an insights into the unique National Park system in the U.S., which represents how ambitious environmental policies can lead to the preservation of these magnificent natural reserves we find in the country today. 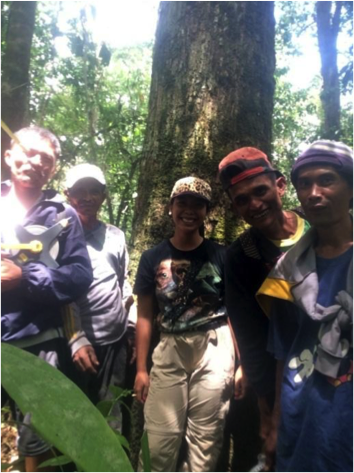 This lecture and the following Conservation Field Trip reminded me of the 3 months I spent in the beginning of 2016 in the Northern Negros National Park, where I was initially conducting biodiversity surveys to measure the success of reforestation efforts in the area. With me on these surveys were members from a local People's Organization, who had been working with the planting and mangement of the reforestation projects for the past 20 years.

Due to logistical challenges, a botanist who was supposed to help us with the scientific classification was not able to partake in the surveys, so the focus of the surveys slowly shifted from a biodiversity survey to an evaluation of the environmental and livelihood benefits of the reforestation projects for the local communities.

I found this constraint and shift of focus very frustrating at the beginning, mainly due to the short amount of time I had available to complete the surveys. However, I soon realized how the immense knowledge certain members of the team had about the different tree species could help with an issue that had been occupying my mind since my arrival in the Philippines in mid-August.

Prior to my 10-month-long internship around the Philippines, I had tried to acquire some textbooks regarding forest trees and their ecology, without any luck. I later realized during a Rainforestation training on forest restoration I was attending, that these textbooks simply do not exist due to the lack of knowledge on our numerous native trees.

The research conducted on the forests of the Philippines and its native and endemictree species is relatively little. This is due to several factors, one of them being the lack of interest and focus on forest conservation in the Philippines compared to its neighboring countries such as Indonesia. With only a meager 2-3% of the area being covered by natural forest, the logic seems to be to put conservation efforts in other areas with larger natural reserves. Nevertheless, the Philippines' position as a biodiversity hotspot with its vast amount of endemic flora and fauna still makes conservation efforts worth fighting for.

The rate of deforestation in the country is at a speed where researchers cannot follow, resulting in several species possibly never being found, studies and understood. Having been in the protected world of studies at my home university, my first encounter with the realities of conservation work had left me disheartened.

But it also lit a spark in me.

The question of, "How will we ever efficiently protect and restore our forests, when we don't even understand them?" kept circing in my mind and it became a goal for me to contribute to this search for and, more importantly, sharing of knowledge.

Fast forward six month, and I find myself amongst these local community members who turn out to be a pool of knowledge when it comes to the ecology of native tree speciies. After the completion of the surveys, a focus group meeting was held to evaluate the environmental and livelihood benefits of the tree species found during the survey. Some of the information and input given during the session, I found very interesting. 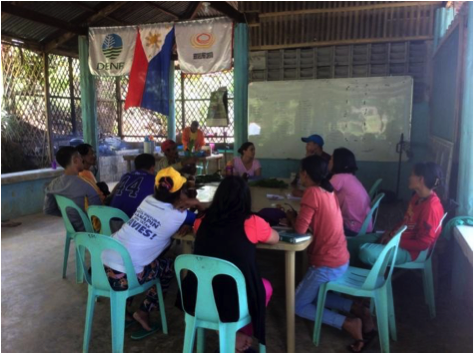 For example, when asked to name the livelihood benefits of one of the species, an elderly man explained that one could request for the friendship of a person with a bouquet of the young leaves. This quality or use would not regularly be associated with a livelihood benefit and yet, this proved to be of significance to the local community.

Other valuable information given in regards to a widely used and promoted exotic tree, Acacia mangium, were the invasive tendencies it exerted in reforestation areas. This could be a valid consideration in the debate on the use of native vs. exotic species.

A last example I will give is in relation to the protection of reforestation projects. One of the species was of absolutely no value to the community; the timber was too soft for building, the wood too wet for fueldwood and the fumes from burning the wood were painful for the eyes. A lady then suggested using this species for reforestation for no one would be interested in harvesting it. This slightly challenges the common use of valuable species, due to the notion that preople will protect what they value.

By the end of my stay in the Philippines, I felt absolutely convinced that learning from the local people who have lived for years and years in these forest areas will help us to better understand the complex dynamics of these forests and the fascinating ecology of the trees inhabiting them. I certainly cannot wait to return to our forests and its peoples ot find what we can learn next.