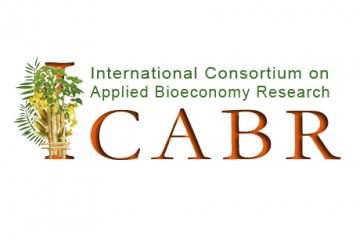 The past several years have been disruptive for the global bioeconomy – prices of agricultural commodities and fuels have crashed, new gene editing technologies such as CRISPR-Cas9 are transforming biological research, the mergers and acquisitions of the global biotech giants threaten to boost input prices and slow innovation, and China is emerging as a scientific superpower.

This year’s ICABR conference takes place at U.C. Berkeley at the home of CRISPR-Cas9 and in the Bay Area - the hub of biotech companies that might challenge the biotech/pesticide and biofuel companies that were the basis of bioeconomy 1.0. The conference will take place at the Berkeley City Club, a historical landmark and Julia Morgan architectural masterpiece.

We expect some of the leaders of bioeconomy 2.0 as keynote speakers, including scientists who worked on developing CRISPR-Cas9 and leading biotechnology entrepreneurs and companies who are using this technology. We also hope to have industry leaders, regulators and economists to discuss the impact of the latest round of mergers and acquisitions in the bioeconomy.

The conference will include invited and contributed, plenary and parallel sessions in which participants from around the world will discuss the challenges and opportunities facing the bioeconomy in both developed and developing countries. Plenary sessions will cover a range of topics such as: (1) How evolving consumer tastes are influencing scientists’ selection of research tools, research topics and foods and how companies are labelling their products. (2) The rise of China as a leader in bioeconomy science and technology. (3) The impact of new tools and mergers and acquisitions in developing countries.

ICABR registrants will receive a name badge, and additional registration materials when they arrive at the conference. Attendees will also have access to all of the concurrent sessions, plenary sessions, the poster sessions, welcome drink, and cruise. Lunches and coffee breaks are included (with the possible exception of the pre-conference lunch).

See our logistics page for more information about hotels and transportation.

The Science and Politics of the GMO