Can the Eucalyptus Invasive Tree be a Cause of California Drought? 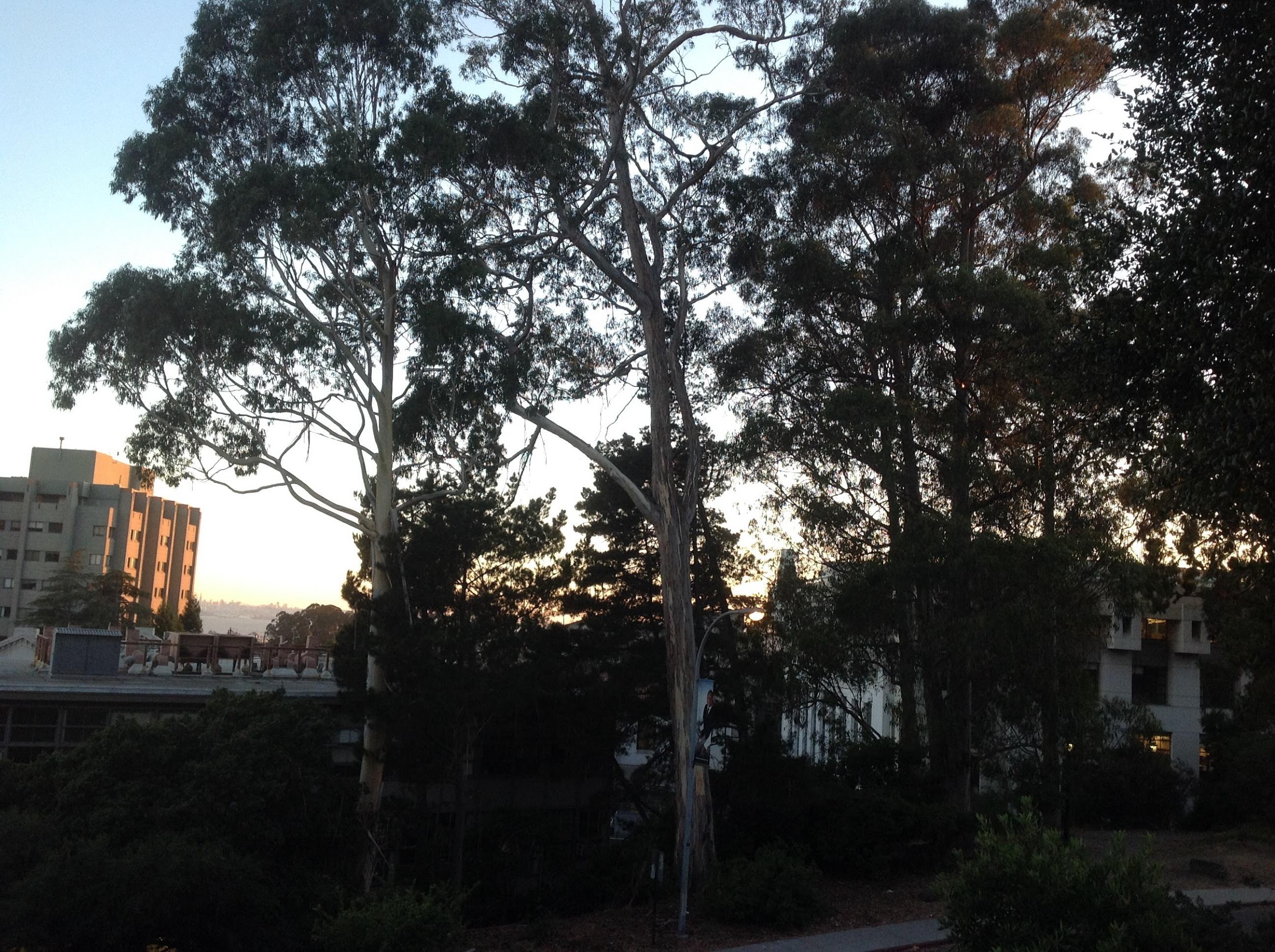 After a 23-hour long flight from Kenya, landing in California was a bit of a shock for me. I expected to see tall concrete sky scraper buildings stretching for mile and miles, blocking out the "summer sunshine," vehicle jams, and the full hustle and bustle of a busy city. Clearly, I had watched far too many Manhattan and New York movies. For most of the drive from San Francisco airport to the University of California, Berkeley, where I was attending the summer course, Beahrs Environmental Leadership Program, I looked out the window in awe of the vast spaces of rolling landscape. I was mesmerized by the beauty and tranquility around me. I kept asking my cousin, "Where are all the tall buildings?" While driving into Berkeley the impression I had was that I had just stepped into an 80’s movie set, (being a huge fun of classics and old movies, I had been watching Lethal Weapon on the flight and it just looked a lot like here) which was another pleasant surprise.

I got taken to the place. And I had not even seen the red woods yet! So when I learned that some parts of California were going through a 4 year drought, I was deeply troubled. The place was so beautiful, yet it was threatened by the drought. “Is it climate change?” rang in my mind.

During the orientation on a bright shiny Saturday morning, we were being taken around campus by Dean Keith Gilless. We were a happy group of newly arrived ELP students standing outside Giannini & Wellman Hall. Keith told us a brief history about some of the trees on campus and then he pointed out the eucalyptus trees and proudly announced how tall they were and gave reference as to how millions of those trees were originally from Australia and had been planted after the gold rush period in the 1850’s, with the anticipation of the lumber business being the next big boom after gold. The trees did not turn out to be what people expected them to be and that was the end of the eucalyptus frenzy.

"For roughly half a century following the gold rush, California nurserymen imported eucalyptus seeds from Australia and grew them by the millions. Pioneer planters and state authorities promoted eucalyptus as a replacement for overharvested oaks and redwoods, as a producer of railroad ties, as a preserver of soil and climate, even as a remedy for malaria.” 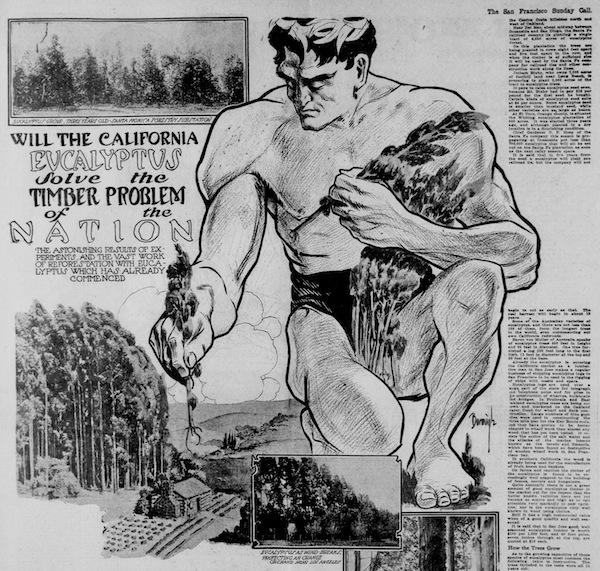 While he was talking, I remembered stories and folk tales & lores from my home country about the eucalyptus trees, also known as blue gum trees. The tales say that the tree makes water disappear. This myth was experienced by one of my friends who was planning to plant eucalyptus trees as a cash crop in their farm, but the locals vehemently warned them not to plant the trees. The community member’s reason was that the trees would make their water disappear. They went ahead and planted the trees anyway; despite the community outcry. 4 years later, the water well that they had dug which was adequately deep, was suddenly dry without a drop of water. Meanwhile, the eucalyptus were growing quite well. That is when it finally sank on them - that what the communities were trying to explain in non-science terms was that, the tree actually consumes a lot of water and thus reduces the water tables.

At that moment standing looking at the trees, what crossed my mind was that, "Could the millions of trees planted over hundreds of years ago been consuming all the underground water? Or water from the sources and tributaries? And could they somehow have run the water tables dry? Could they be a cause for the drought In California? What if they are? Can they be replaced with other less consuming water trees? Will that perhaps stop the drought? Is it too late to reverse the drought?" All these questions were going over my head and I couldn’t help pondering about these issues.

I still have all these questions running in my mind. How many eucalyptus trees exist in California? How much water does each eucalyptus consume in its life time? What is their life span anyway? Is there a scientific way to calculate just how much water these trees consume? How much have they consumed since the 1850’s, how much of the water table has declined as a result of the eucalyptus trees? What are the other less water consuming alternative trees that can be planted to replace them? Can replacing the tree cause a reverse on the drought? What would be done with all the trees then? And so on and so forth. I will stop here for now and quote one of my favorite characters by Margaret Mitchell- Scarlet O’Hara, “Tomorrow is another day.”

I am also wondering if the debate to replace invasive trees with local indigenous trees in California is after all a good thing. http://anpsa.org.au/eucal1a.html and http://www.cal-ipc.org/ip/management/ipcw/pages/detailreport.cfm@usernumber=48&surveynumber=182.php, not for aesthetic or fire avoidance purposes only, but for the sake of water sustainability and drought avoidance.