My name is Armin Hirche, I’m working as the director of scientific coordination at the DapaViva Environmental NGO in Colombia. Our NGO’s main objective is the conservation of the mountain cloud forest ecosystem in the San Antonio Forest, a key biodiversity area, through environmental education, scientific research, sustainable agriculture, green economies, and the creation of protected areas. I was born in Germany and studied Ecology. My Expertise is in wildlife conservation and landscape management.  While volunteering in 2011, I became enchanted by the Tropical Andes (Fig. 1). 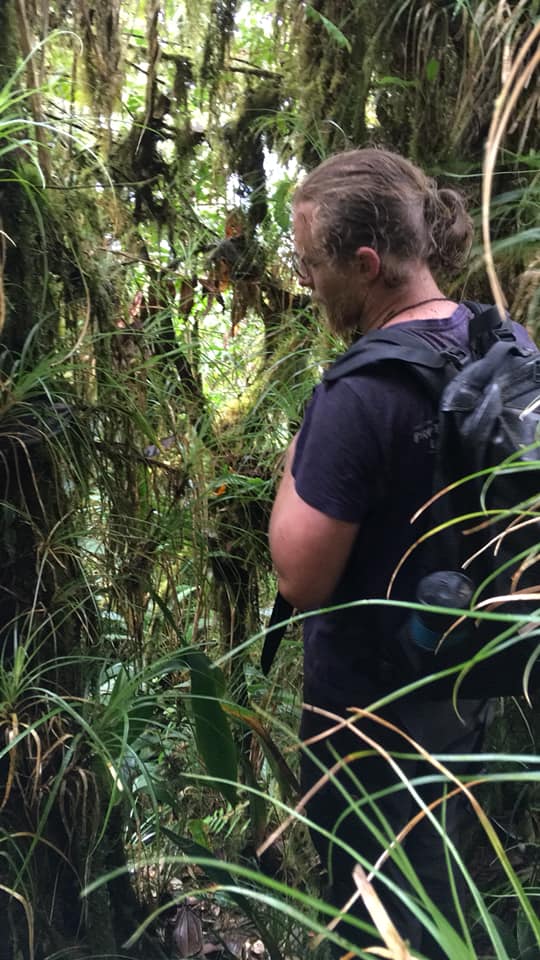 I have been a working member of the DapaViva Environmental NGO since 2012. I was always curious about the presence of primates in our region. So, I began hiking in the area. On one of those hikes, I got caught by the evening and heard a sound of moving leaves in the canopy. So, I took a photo but my small camera at the time only shot a photo of two red points in the dark. I started to investigate arboreal mammals in the Colombian cloud forest and because of the red reflecting eyes it was more than evident that the mammal that I saw was a Night Monkey (Fig. 2). This sighting was followed by exploratory outings to better define the species and to collect data. This was the first time that the local community got to know about this vulnerable primate species. Since 2013, we have incorporated the Night Monkey into our environmental education program as a tool to raise environmental awareness and to communicate a better understanding of ecosystem changes in Protected areas (Fig. 3). 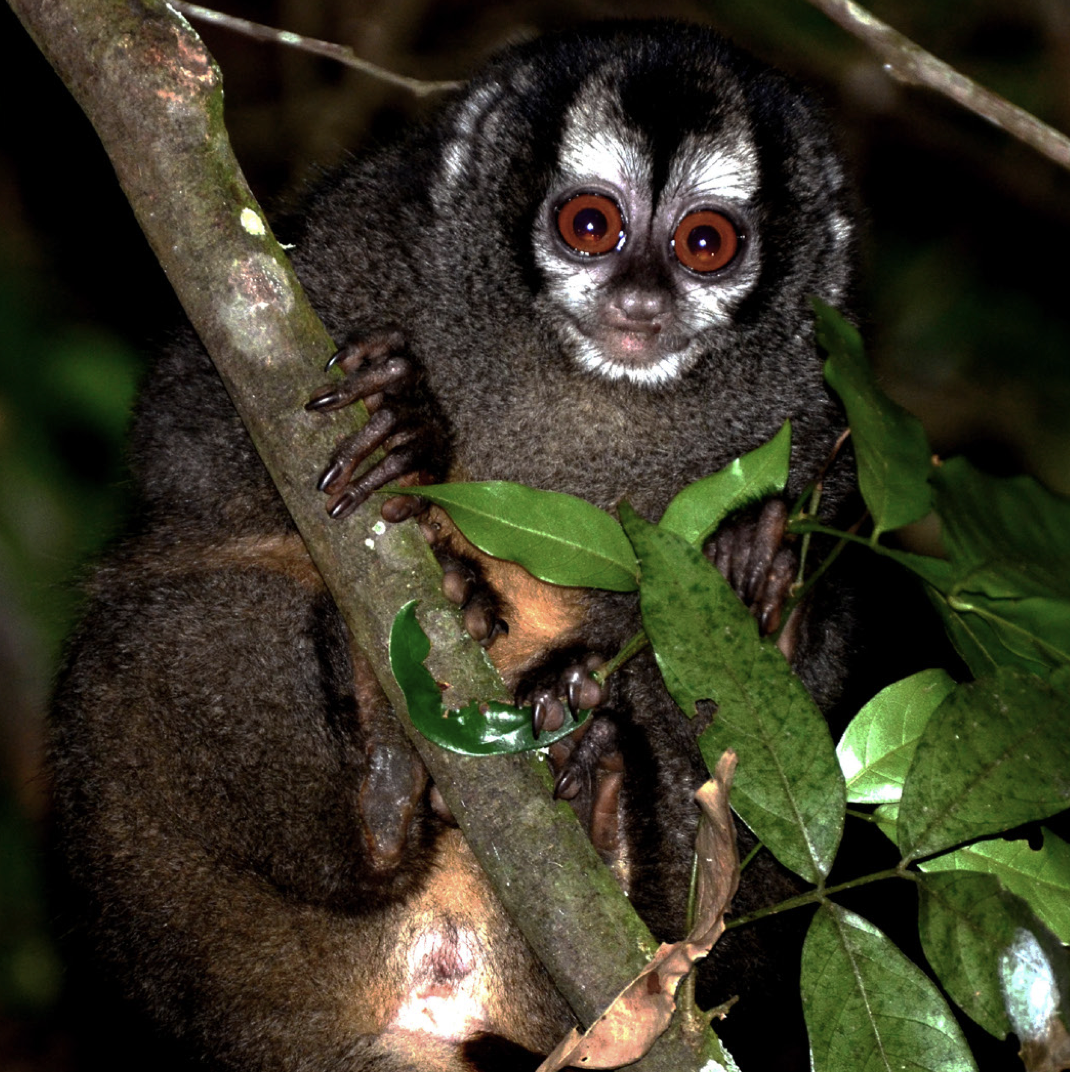 In 2014 we prepared for field work to conduct a population density sampling for this species.  In 2015, the field work was completed and we discovered a very high population Density value for this species (113 ind/km2). We argued that this was a crowding effect driven by the reduction and fragmentation of habitats. We saw only Night Monkeys so the high density in this fragmented habitat could also result from Density compensation due to the fact that it is one of four original Primate species that would originally occur in this area.  Finally, the work was published in the Journal of the IUCN SSC Primate Specialist Group in 2017 (http://static1.1.sqspcdn.com/static/f/1200343/27791697/1515005866157/PC31_Hirche_et_al_Aotus_Colombian_Andes.pdf?token=WmykRNDjAqtMj1l%2BpR3ytJiJL2A%3D).

In a comparative study our team detected a lower density, 39 ind/km2. We confirmed that the minimum viable population size will be greater in low quality than in high quality habitats because low survival and production rates in low quality habitats mean that a higher density is needed to ensure persistence of the species in that habitat (B.Van Horne, 1983)(Fig. 4). So in the case of our two study sites, we can deduce that the high quality habitat in the National Park is the “Otún Quimbaya Flora and Fauna Sanctuary” (L. Chica, 2018 - unpublished) and the low quality habitat in the highly fragmented national forest reserve is the “Aguacatal cerro Dapa-Carisucio”. 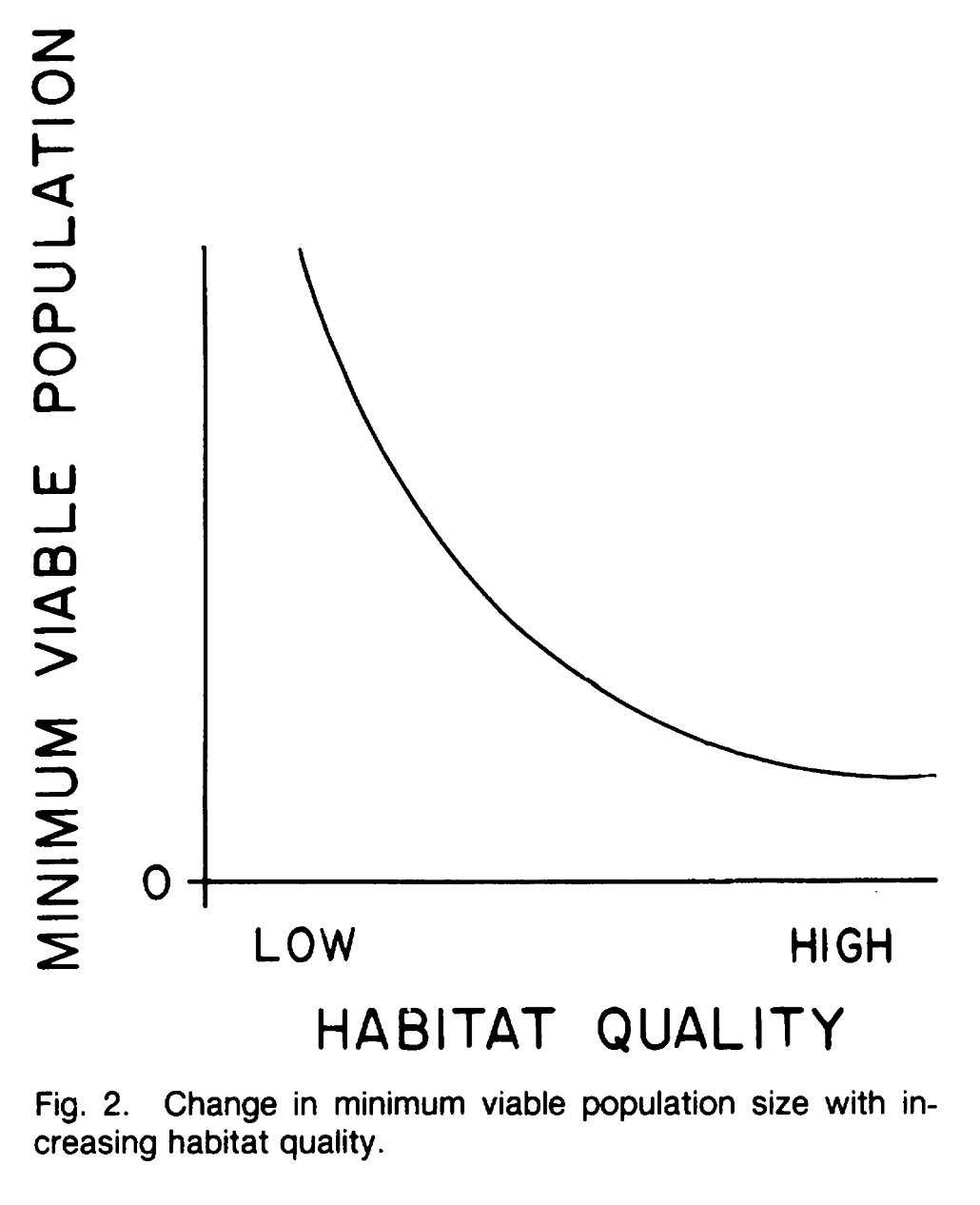 The framework of the management plan for the national forest reserve, “Aguacatal cerro Dapa-Carisucio”, is in the process of being formulated by our NGO. We proposed the mammal assembly as a conservation object and the Night monkey as a species through which the improvement of the conservation status of the area can be measured. So we can expect that when habitat quality gets better the population density of Aotus cf. lemurinus will decrease. This proposal is evaluated by a group of experts including regional universities, environmental authorities, and other professionals linked to this protected area.