Continuing The Fight Against Coal In Oakland 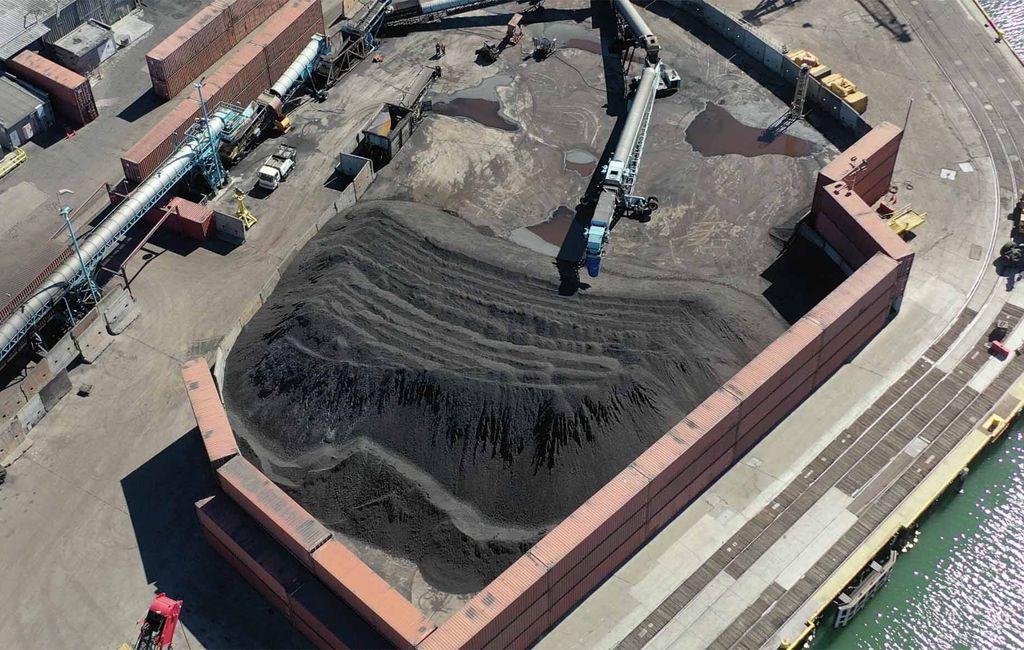 The biggest environmental threat in my town is also a threat to the entire planet.

For the last decade, a developer has been trying to build a massive rail-to-ship coal export terminal at the former Oakland army base, next to the Bay Bridge connecting Oakland and San Francisco.

Litigation by the city and environmental groups has delayed the development for years. But, trial and appeals courts generally have ruled in favor of the developer. In February of this year, the city announced a framework for a settlement that would prevent export of coal from the proposed terminal. However, seven months later, no settlement has been signed, and the developer’s vision of turning Oakland into a coal export town – with trains hauling millions of tons of coal through the city every year, and mountains of coal piled on the docks waiting to be loaded on ships – may yet become reality.

In my former job as Chief of Staff to the Oakland City Attorney, I worked on communications and engagement related to this case.

The negative externalities associated with coal mining, transport, and export are well known.

First, there is a clear link between exposure to toxic coal dust and diseases such as cancer, heart disease, chronic obstructive pulmonary disease (COPD), and childhood respiratory diseases including asthma and emphysema.

As Oakland put it in one of its legal briefs: “the proposed terminal would increase Oakland residents’ exposure to coal dust, which contains toxins like mercury, arsenic and lead, and is made up in part of fine particulate matter that is associated with cardiovascular and respiratory disease and premature death.”

According to the Sierra Club, open top rail cars can lose up to one ton of dust between the mines and the port. Realistically, there would be no way to stop dust from getting into the air and into the lungs of kids living near the rails.

And of course, coal piled on the docks, exposed to wind blowing off the San Francisco Bay, would be another potential source of dust.

The above photo shows a large coal pile at the Levin export terminal in Richmond, CA. By comparison, the Oakland bulk terminal would be able to ship ten times the amount of coal as the Richmond terminal (San Francisco Baykeeper).

West Oakland, the neighborhood around the proposed terminal, enclosed by the Port of Oakland and major freeways, already has a history of environmental and socioeconomic injustice. Residents have a higher exposure to diesel particulate matter (DPM) than 98% of Californians. The neighborhood has one of the highest rates of asthma in the nation. Asthma-related emergency room visits and hospitalizations for children under the age of 5 are especially high (per the Bay Area Air Quality Management District).

Opponents say the vast amounts of coal dust, DPM, and other pollutants generated by transportation and bulk export of coal through Oakland would mean more ER visits and hospitalizations for young children and others in the area.

Another local externality associated with coal terminals is accidents. In particular, they tend to catch on fire. Even one fire at the terminal could send clouds of toxic smoke and dust into the surrounding neighborhoods, significantly impacting the health and safety of both residents and first responders.

Why an Oakland coal terminal would be bad for the planet

The health and safety impacts on the city would be bad enough, but a new export terminal on the West Coast of the U.S. also represents a real threat to the entire planet.

The proposed terminal would be the largest coal export facility on the West Coast of the U.S., giving the coal industry a cheap way to ship coal to countries like India and China, and creating stronger economic incentives to continue using coal around the world to make steel, produce energy, and so on.

Experts say the Oakland terminal would increase total U.S. coal exports by almost 20%. This presents a problem for life on the planet, as coal is already responsible for a huge percentage of total carbon emissions.

At a time when the U.S. should be leading the world to transition away from this extremely harmful energy source, a new export terminal shipping up to 10 million tons of coal overseas every year would be a lifeline for the industry. And it would send a message to the rest of the world that our country still values the short-term benefit to mining and transportation businesses over the enormous economic, environmental, and human costs of burning more coal.

Whether or not a legal settlement is still on the table for Oakland, the continued export of coal is a national issue that should be addressed by Congress.

In my last job working for a Bay Area member of Congress, I explored ideas for Congressional action on this issue.

One potential action for Congress would be directing individual states to regulate transportation of coal products. There are a number of examples of laws passed by Congress that give states environmental regulatory power, for example the Clean Air Act and Clean Water Act, which basically deputize the states to enforce federal law. And there are areas where states can act because of a lack of federal regulations – one example is interstate oil pipelines.

Federal legislation that explicitly allows states like California to regulate or ban transportation of coal is one potential way to stop this industry from poisoning communities like Oakland and exacerbating the climate crisis.

When my daughter was born, she was premature and had to stay in the hospital for about two months. We lived in North Oakland just a few miles from the tracks that the coal trains would use. When we first brought her home, she had a hard time breathing, especially at night. Her underdeveloped lungs had to work that much harder to deal with the high level of air pollution from the nearby freeways and other sources in the neighborhood.

Trying to take care of a baby who is struggling to breathe through the night is not an experience I would wish on any parent. Unfortunately, if the Oakland terminal is built, more kids will be in this same situation. The reality is that some of them won’t make it.

The developers claim the terminal will benefit the community by creating jobs. But the real economic and social costs to people living here, and the potentially catastrophic costs of burning more coal worldwide, would obviously far outweigh the benefit of a relatively small number of jobs.

We are running out of time to move past this extremely harmful and environmentally disastrous energy source. It’s time to leave coal behind. That includes using all policy and legal tools available to finally end the threat this terminal poses to Oakland and the rest of the world.