Infectious diseases are recurring enemies to mankind. History attests that pandemic rates dramatically increased as globalization became commonplace, with COVID-19 as a glaring example. Surprisingly, no bacterial pandemics took place since Penicillin was discovered in 1928. Humankind is rather ‘safer’ since the golden era of antibiotics (1940-1960s), as historical patterns of the deadliest pandemics, from the Antonine Plague to COVID-19, would suggest.

However, antibiotics do not work against viruses, which are self-limiting. Fearsome pandemics caused by viruses have prompted scientists to wonder how these viral pathogens - such as the flu - cause widespread severe infections and lead to enormous number of deaths. And how might the environment be connected?

Let’s take a look at the world:

We also know that countries who consume the most antibiotics currently suffer from the highest COVID-19 cases.

In the same report, other leading antibiotic-consuming countries were Turkey, Tunisia, Spain, Greece, Algeria, Romania, Belgium, France, New Zealand and Ireland, which are also having a hard time tackling huge numbers of COVID cases. In Latin America, Brazil was the leading consumer of antibiotics and it also suffers greatly from COVID-19. Other examples are Ecuador, Peru, Mexico, Argentina, Venezuela and the Dominican Republic.

The correlation between high antibiotic abuse and high number of COVID-19 cases in Europe is also supported by evidence from the 2018 European CDC report on antibiotic consumption. In that report, the UK tops the chart in using systemic antibiotics in hospital settings. ECDC also lists Spain, France, Italy, Ireland, Belgium, Portugal, Poland, UK as high antibiotic users – some of which suffer greatly from COVID-19.

Antibiotics taken for viral infections do not work and can cause deadly consequences, which is why COVID-19 patients should not be treated with antibiotics. One study on immune response to flaviviruses (Dengue, Zika and West Nile virus) in mice shows that a very small dose oral antibiotics, such as ampicillin, before viral infection increased disease severity and duration. Studies have shown that the human’s body’s good bacteria that mostly reside in the gut defend infections such as the Influenza virus. When a person suffers from such viruses, these good gut bacteria impede them from replicating in the lung. However, studies also suggest that using too many antibiotics during one’s lifetime can harm these friendly gut bacteria. Antibiotics can delay or severely hinder the protection that the gut bacteria provide, and in turn exaggerate viral replication. COVID-19 belongs to the same family of respiratory viruses, and antibiotics taken before or during COVID-19 can be deadly. 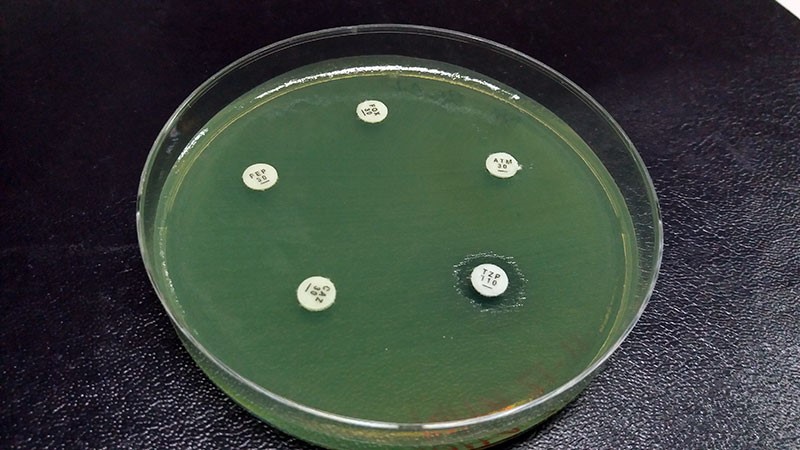 From a One Health perspective, antibiotics also contaminate the environment due to improper disposal procedures, such as medical and industrial pharmaceutical waste dumping in rivers, and the food chain from irrational antibiotic use in animal farms. As a result, when humans interact with the environment, such as through drinking water from natural sources or through consuming animal protein such as eggs, meat and milk, they also consume small doses of antibiotic residue absorbed into these sources.

When inadequate doses are consumed over time, different bodily bacteria become resistant to these antibiotics and turn into superbugs, which again spread in the environment to cause more diseases that are incurable by the same antibiotics they had become resistant to. In developing settings, such grave consequences are hardly realized, which is why antibiotics continue to be sold over the counter amid ineffective legal and punitive measures.

Research on antibiotic residue level hampering normal ecological health are of great importance. The grading and listing of antibiotics based on their detrimental effect on ecological processes should be implemented to allow consumers to best gauge their implications. Thus, the ecological theory can explain the evidence-based role of spatial and community ecology on individual gut microbiota including local environmental diversity and selection pressure as well as high morbidity and mortality in viral pandemics like COVID-19.