Use in "featured" displays?:
no
Biography:

Ken Schwedel is a Principal at KSADVISE, an agribusiness consulting group based in Mexico City. He earned his Ph.D. in Agricultural Economics at Michigan State University. Previously, Schwedel has worked as the Director of Agroindustrial Analysis at Rabobank International, responsible for Mexico, Chile, and Argentina. He’s also worked at the American Soybean Association as its Regional Director for the Mexican, Central American, and Caribbean regions. His agribusiness experience has extended to government involvement: at El Banco Nacional de Mexico, he served as the Vice President of Economic Research. 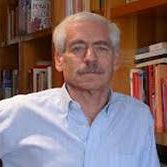