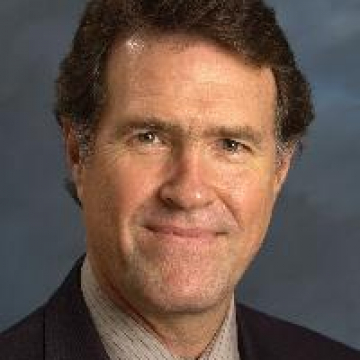 Kent J. Bradford is a Distinguished Professor in the Department of Plant Sciences at the University of California, Davis. Originally from Texas, he earned his B.S. degree in Biochemistry and M.S. degree in Horticulture from Michigan State University and his Ph.D. degree in Plant Physiology from the University of California, Davis. After a postdoctoral fellowship at the Australian National University, he joined the faculty at UC Davis in 1982 and served as the Chair of the Department of Vegetable Crops from 1993 to 1998. In 1999 he founded the UC Davis Seed Biotechnology Center and continues to serve as its director. He received a Fulbright Scholar award in 1999 to teach in Argentina and the career Seed Science Award from the Crop Science Society of America in 2002. He was elected a Fellow of the American Association for the Advancement of Science in 2003, and received the faculty Award of Distinction from the College of Agricultural and Environmental Sciences at UC Davis in 2007. He was advanced to Distinguished Professor at UC Davis in 2013.

Dr. Bradford’s research has spanned diverse areas of seed science from seed germination and conservation to mathematical modeling and molecular biology. He has published over 160 peer-reviewed research and extension articles and book chapters, co-edited three books and co-authored a textbook on seed development, germination, dormancy and storage. His current interests are in the genetic, molecular and environmental mechanisms regulating seed germination, in seed deterioration and methods to extend seed longevity, and in mathematical models to describe seed germination and dormancy behavior. As Director of the Seed Biotechnology Center, he supports the creation and commercialization of new technologies to improve crop performance, quality and sustainability and the continuing education plant breeders and seed industry professionals. He teaches University and Extension courses on plant physiology, seed biology, biotechnology, ethics and philosophy of science.