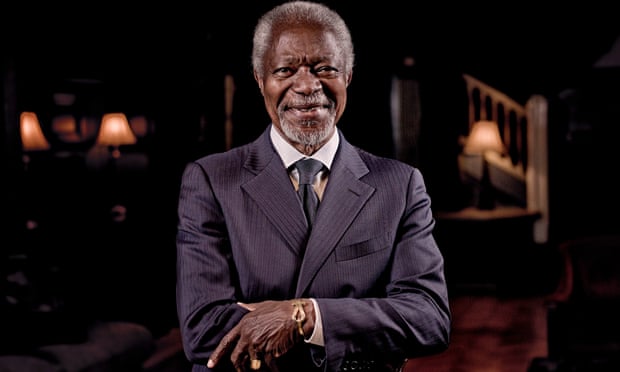 Kofi Annan, who passed away on the 18th of August 2018, will be remembered for his high-profile diplomatic work, including peacekeeping/making, building and maintaining security, delivering humanitarian assistance, and promoting economic cooperation, amongst many other activities. However, perhaps the most important legacy of Kofi Annan will be in the field of global environmental diplomacy.

During his UN and post-UN life, Kofi Annan made a great contribution to this field. Climate change was one of the domains in which the diplomat used his skill, tact, and talent to contribute to the structuration of global diplomacy. He always said that climate change was not just an environmental issue but had greater implications for global peace and development. According to him, climate change was threatening humanity’s health, food systems, stability, and prosperity. His messages focused on the relationship between economic growth and environment.

Diplomats need to have a good sense of history, and to understand the characteristics and dissimilarities of different actors. As such, regarding climate change Kofi Annan, in conformity with the Common but Differentiated Responsibilities (CBDR) principle, always invited developed countries to support the developing ones, while encouraging emerging economies to reduce their carbon emission. He also went beyond countries, which are generally the main actors in environmental conventions and treaties, and gave more importance to the civil society and the private sector. For example, he created the UN Global Compact, in which environmental principles guide businesses to contribute to the Millennium Development Goals (MDGs).

While advocating to reduce carbon emissions (mitigation of climate change), he also promoted adaptation to climate change. For example, he advocated for climate smart agriculture, which was at the center of the Alliance for a Green Revolution in Africa (AGRA) initiative that he co-founded. Achieving an African Green Revolution was one the main dreams of Kofi Annan during his life at the UN and beyond. Fully aware of the importance of forests, he encouraged the conservation of the Congo Basin, emphasized going beyond direct causes of deforestation and forest degradation, and put more stress on underlying factors of forest deterioration. He also supported reforestation initiatives in Africa. He used his own childhood experiences in Ghana, covered by forest that has now disappeared, to create awareness on deforestation in Africa. Through his foundation, environmental issues such as climate change response became part of an integrated approach that included mobilizing those who are in the position of influence and bringing leadership to overcome global threats to peace, development, and human rights. It was therefore coherent that climate change became part of the Elders, an independent group of international leaders brought together by late Nelson Mandela to advocate for global issues. Kofi Annan chaired this organization from May 2013 until his passing away in August 2018.

The same determination to see climate as a cross-sector concern appears also in the activities of the Africa Progress Panel (APP), which Kofi Annan chaired until 2017, when it became the African Progress Group (APG). The APP was unique because it linked innovative studies with advocacy and diplomacy. This is another example on how Kofi Annan used science to inform diplomacy. The IPCC (Intergovernmental Panel on Climate Change) had been one of the main actors in generating knowledge used recently to support actions on climate change.

During his UN and post-UN career, Kofi Annan showed great leadership in climate change responses and thus left a good legacy in the global environmental diplomacy. He used science to support dialogue and advocacy in the multilateral arena in an era when climate change was gradually acknowledged as global threat to human society. He not only played a guiding role but also called for environmental leadership.

A call for global leadership on climate and conflict resolution

Kofi Annan: ‘We must challenge climate-change sceptics who deny the fact