by Will Galvin, Executive Vice President, Self Help Africa

Although the global coffee market is worth almost $100 billion annually, most coffee farmers live on less than $2 a day. Most coffee growing countries also still rely on international aid. While 100% of the world’s coffee is grown in the coffee belt, 99% of all coffee we drink is roasted in Europe or America.

Ethiopia is the largest African coffee producer, known for superior quality coffee. Coffee plays an important role in Ethiopia’s economy, accounting for 5% of the nation’s Gross National Product (GNP) and more than 60% of foreign exchange earnings. Over 90% of the total coffee volume is produced by 2 million smallholder farmers, the vast majority of whom live off less than $2 a day.

Ethiopia currently earns $800 million a year from its coffee harvest, most of which is exported overseas as raw green bean. If Ethiopia began to roast, bag and brand its own coffee and sell a finished product, the country could triple its revenues from coffee to $2.5 billion annually. 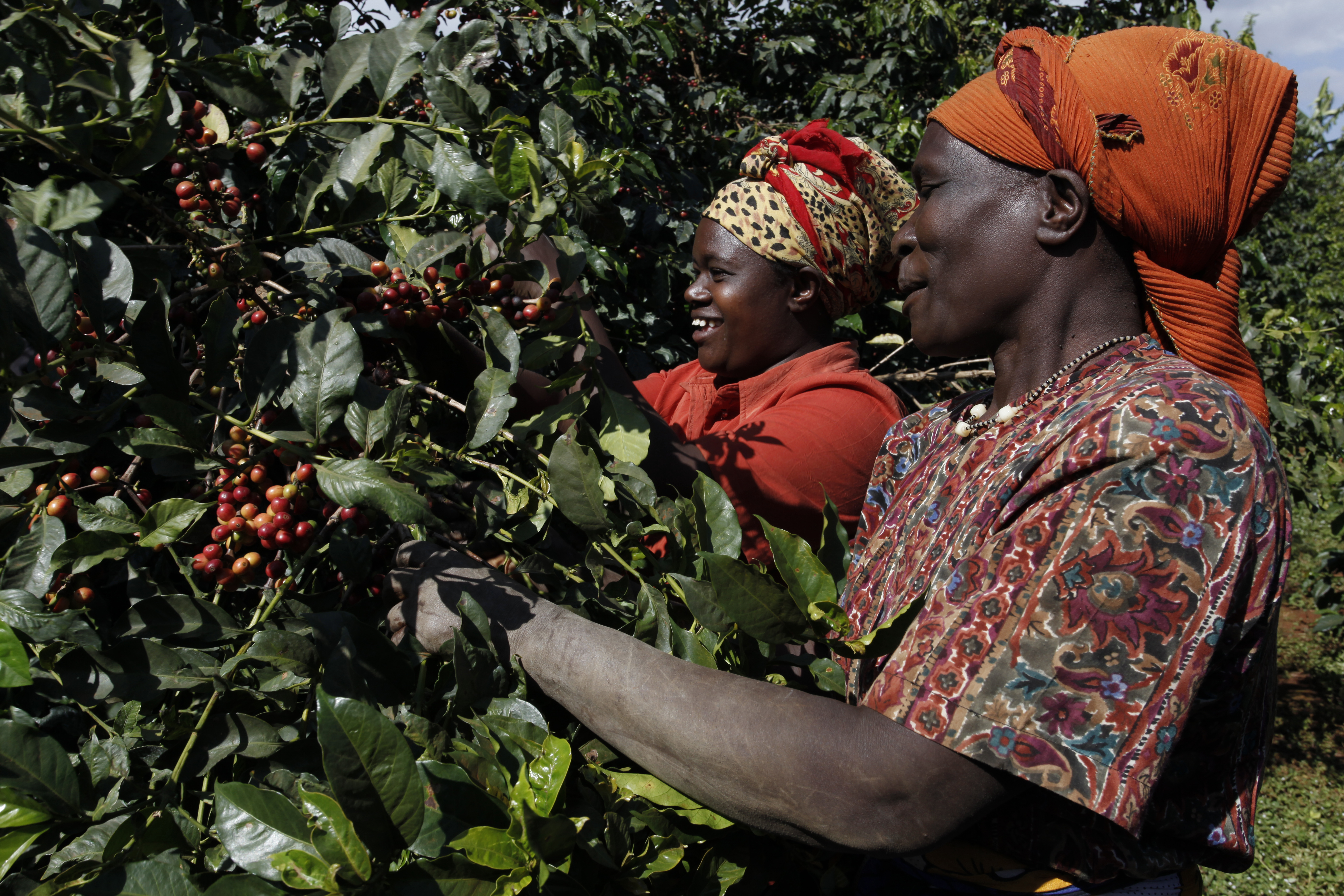 Self Help Africa has joined with a variety of partners to disrupt this inequity, both of income and of value-addition. Our intervention involves a combination of both traditional interventions (such as farmer organization and training) and non-traditional (using blockchain technology to improve value chain transparency).

The main activities include:

1. Sustainably increasing productivity within a pilot group of farmers near Limu, in the Oromiya region of Ethiopia. We are partnering with the local Jimma University and organizing groups of lead farmers to disseminate best agricultural practices through the entire pilot group of 850 farmers, which will increase to 3,000 farmers by 2020. We are targeting a productivity increase of 50% over three years.

2. Driving value through the coffee chain. We’ve supported the development of a farmer-owned washing station, to capture increased income from raw coffee cherries. All coffee is husked, roasted and bagged in Ethiopia, providing employment and capturing increased value locally.

3. Building an end-to-end coffee value chain on the blockchain, to provide farmers, consumers and other stakeholders with full transparency on who is paid how much for the coffee, while empowering consumers to channel loyalty points and donations through this value chain to support other community-initiatives at smallholder farmer level.

Partnering with the Dutch coffee company Moyee, we have made significant progress on blockchain development in recent months. This is a private, hyperledger-based chain that incorporates a digital wallet for individual farmers. Farmers payments for their crop are made into this wallet; farmers then encash their money through local agents.

User interfaces run on the blockchain engine for farmer organizations, processors and brands/retailers, allowing access to all provenance information via a QR code.

We’re continuing to capture greater levels of household and farm level data, ensuring that farmers gain access to phones and digital bank accounts and also training to use them. We also continue to explore how the use of smart contracts – with NGOs, lead farmers and transport companies - could simplify work in the coffee value chain and drive further value to smallholder farmers.

Through this initial pilot work in coffee, we aim to gain a greater understanding of the multiple uses of blockchain, which can be applied to other value chains across Africa.