The Rausser College of Natural Resources at the University of California, Berkeley, is pleased to 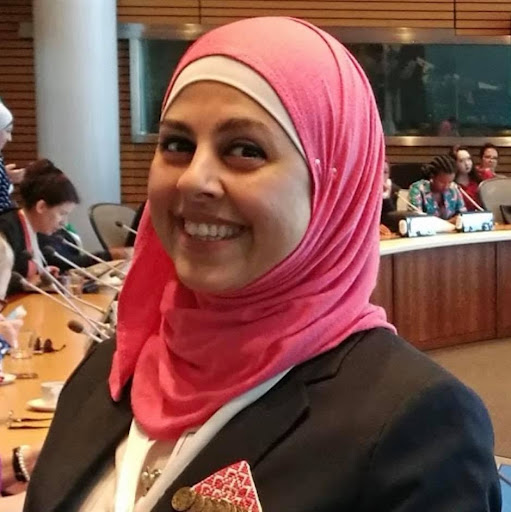 announce the establishment of the Malcolm H. Kerr Endowment Fund for the Beahrs Environmental Leadership Program (Beahrs ELP). The endowment supports scholarships for qualified professionals from the Middle East and North Africa with various professional backgrounds whose work focuses on the environment, natural resources, and peace-building through environmental programs.

The first recipient of the Kerr fellowship is Rasha Abu Dayyeh, a water engineer from Palestine, who is participating in the program this year.

“The uniqueness of the Beahrs ELP is that it brings leaders from all around the world to work together and trains them to further broaden their horizons,” said Abu Dayyeh. It is powerful because it helps participants form a lifetime connection with people who share the same vision and mission in life. The clock is ticking on climate change, and I believe in the power of collective action. To be able to heal the world, we all need to work together.”

The fund is named in honor of the late Malcolm H. Kerr, a prominent American scholar of the Middle East. Before serving as the president of The American University in Beirut (AUB), he was a professor at UCLA and author of several renowned books on politics in the Arab world. Kerr is survived by his wife Ann and his four children Susan, John, Steve, and Andrew.

“I love what the Beahrs ELP does, and I’m proud that it has a scholarship honoring my dad,” said John Kerr.

Founded in 2001, the Beahrs ELP has trained over 731 professionals from 121 countries in the past 20 years. The Kerr endowment was created as part of the 20th anniversary celebration, and supports the program’s commitment to enabling access to environmental professionals from developing economies. Each year a scholarship will be awarded to a recipient from the cohort of those accepted into the Beahrs ELP. The endowment supports work in the region with the stated goal of promoting environmental programs, reducing conflicts over natural resources, and encouraging peacebuilding efforts. Candidates are identified, screened, and selected by the directors of the Beahrs ELP.

Richard (Dick) Beahrs (’68) and his wife Carolyn (‘67) provided funding to launch the ELP in 2001. They also have driven the effort to honor Professor Malcolm H. Kerr through the establishment of this endowment. Dick Beahrs served on the board of the Near East Foundation (NEF) with Malcolm Kerr’s son John, who is a member of the faculty at the Michigan State University’s Department of Community Sustainability. Beahrs notes that his involvement with the NEF made him aware of the extraordinary work of Dr. Kerr and AUB, where he was serving as president when he was tragically assassinated in 1984 during a spate of violence against prominent Americans.

Beahrs emphasizes, "Dr. Kerr and the AUB exemplify perfectly the values of inclusion and collaboration, which the ELP seeks to enhance."