Mandla Nkomo joined Solidaridad in 2017 as the Regional Managing Director for Southern Africa. In his current role, Mandla takes care of country operations in South Africa, Mozambique, Zambia, Zimbabwe, and Malawi. Running programs within horticulture, livestock production, soy and sugarcane out-grower schemes with interventions that benefit the small holder producer from a good agricultural practice perspective which directly impact the quantity and quality of yield, infrastructure, landscape managements and policy formulation. With over 19 years’ experience in establishing agribusinesses and facilitating market linkages between established commercial entities and rural communities. Mandla continues to prove a strong case for the need to commercialize small holder farmers as a food security strategy. Previously Mandla held the position of Operations Director of TechnoServe South Africa where he managed the Agriculture Value Chain Programmes that saw the aggregation of small holder farmers to supply leading food processing companies within South Africa, a model that has proven to be successful both for the small holder and processing companies. In this same role Mandla founded the Zambian office and operations for Technoserve. Previously he consulted for Buyisa Agricultural Development Corporation and an executive at Khomanani Agribusiness, he has been a facilitator in the land reform space. In 2006 and 2007, he undertook a comprehensive agro-processing study as part of a team of consultants for the Mpumalanga Provincial Government. Between 2005 and 2006 he was lead agribusiness consultant on behalf of the Matabeleland Zambezi Water Project, in Bulawayo Zimbabwe. He remains a trustee of the Khula Sizwe trust that operates in Zimbabwe, South Africa, and Mozambique focusing on the development of market linkages between commercial agricultural entities and rural small-scale farmers. 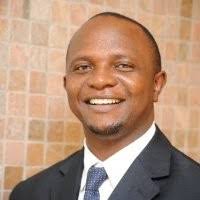