I personally don’t think it would be an exaggeration to describe a small confluence of experiences that occurred during the second week of the ELP as a reawakening. If not a reawakening then at least confirmation in the strongest of terms of my love for the environment and my desire to do all that I can to ensure its sustainability. What were these experiences? Firstly, hearing from the noted historian Douglas Brinkley. His evocative storytelling concerning the history of environmentalism in the United States, as depicted through the lives of two incredibly dynamic individuals (Teddy and Franklin Delano Roosevelt), reminded me of the difference individuals can make in the fight to conserve nature but also that what can be achieved will depend on the circumstances in which an individual operates.

Douglas compared and contrasted the different ways in which land in the US has been protected. Consider the unique use of the Antiquities Act of 1906 by Teddy Roosevelt to protect 600,000 acres of the Grand Canyon as a National Monument by executive order, in 1908. Nearly 110 years later Roxanne Quinby had accumulated around 88,000 acres of Maine’s pristine North Woods in order to donate them as a National Monument in 2016. Two very different individuals, separated by more than a century, sharing a common goal and pursuing innovative methods to reaching it. Muir woods was similarly guaranteed federal protection in 1908 also by Teddy Roosevelt. 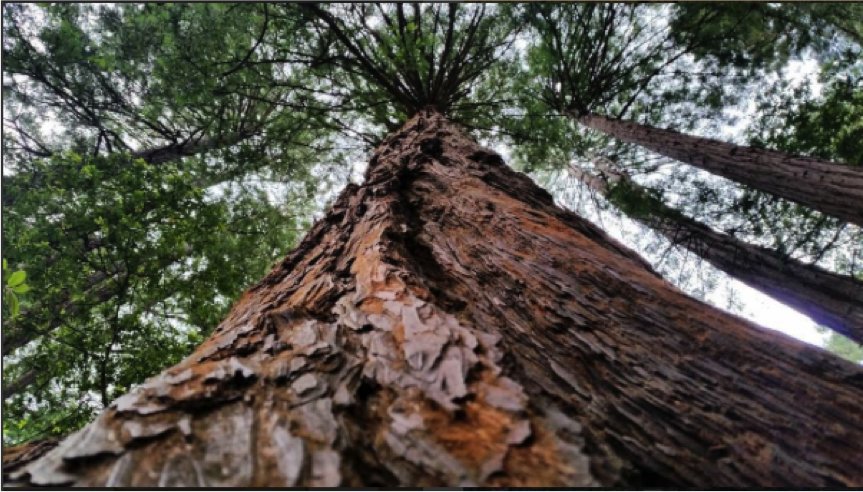 This brings me to the second of the experiences I want to mention; the fieldtrip we took to visit Muir Woods. This visit brought about a greater awareness of the challenges we face in protecting the environment in the long run but also inspired hope for the future. In walking through the national monument, submerged beneath the canopy of redwoods, bay laurels and bigleaf maples, I felt an immediate affinity and longing to remain. The sense of history is not lost on those who enter the park. The fact that many of the trees are more than 800 years old is enough to give anyone pause. But then consider two related points about the redwoods. Firstly, the redwoods are ancient trees, they act as a living reminder of times gone by. Their majesty and beauty helps to bring home the value of protecting our natural resources. But secondly (and perhaps more importantly), they provide hope for the future; these trees have adapted to survive fire damage and the mere fact of their continued existence demonstrates their resilience to change. So we must protect our natural resources but we must also take our cue from them, be attentive to their needs without putting too great an anthropocentric focus on our conservation efforts. 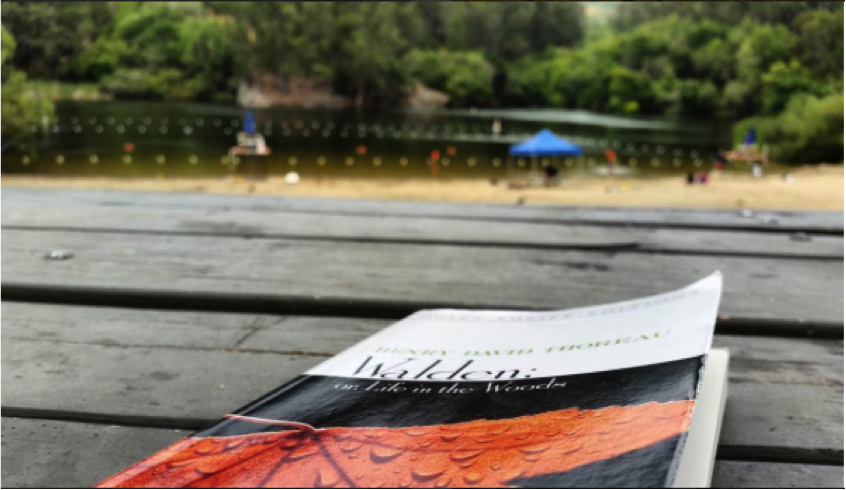 Inspired by Douglas Brinkley’s rousing lecture and our visit to Muir Woods, I roamed down Telegraph Avenue to Moe’s Books in search of a copy of Walden by Henry David Thoreau to continue my exploration of the rich history of environmentalism in the USA, eager to learn all that I could from this past golden age of conservation. My quest was successful and I found myself on a lazy sunny Sunday afternoon within the Tilden Regional Park by Lake Anza to “see if I could not learn what [the woods] had to teach,” to understand their value and draw inspiration from their longevity.