The New El Dorado: How will Guyana's newly discovered oil impact the environment?

Welcome to Guyana! 214,969sq. km, 748,884 people, 90% living along a coastline 1.4m below sea level. A country four times smaller than our western neighbor Venezuela,and soon to be the newest member of the oil producing states.

Yes, that's right. We now have Oil! In 2015 Exxon announced the discovery of oil at one of its offshore wells, with final estimates at2.8 billion barrels.With production to commence in 2020, Guyana's economic growth is expected to skyrocket from an annual growth rat eof 3.8% to 29%from 2019 to 2020. 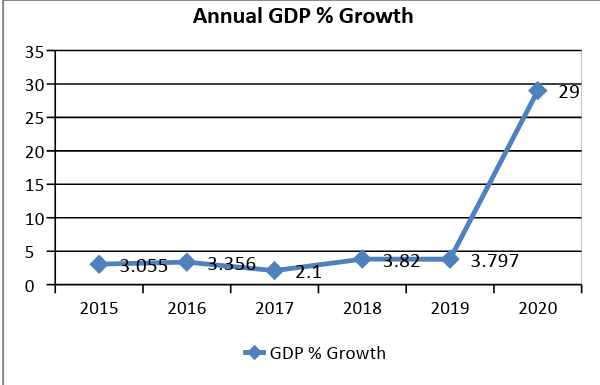 Guyana is ranked as the third poorest country in South America with per capitaGDP at 3871.39 USD and an unemployment rate of 12 percent. Those are the statistics, but for Guyanese living and working in Guyana, the daily reality is bad roads, poor health services, inadequate education services, frequent power outages and poor housing. The prospects for what oil revenue can do for Guyana's development are enormous and has the potential to completely transform the lives of the Guyanese people.

While I'm excited about what this new development means for Guyana, I'm also concerned about its implications for coastal environments.  So far there have been significant discussions around the impact of the drilling and oil production, with Exxon developing Environmental Impact Assessments related to their operations.  The Government of Guyana has also indicated the development of a sovereign wealth fund and is currently preparing its Green State Development Strategy to guide the nation’s development over the next decade.

So why am I concerned? Most of these developments are expected to be implemented along the coast, in regions that are home to 37 percent of Guyana's total coastal mangrove forest cover, at 8,300 hectares.

Guyana’s stand towards the coast and the Atlantic Ocean has been formed by its experience of frequent ingression of the sea and the loss of agricultural lands. Guyana's level of vulnerability is made even graver following projections of sea level rise of as much as 0.88 metres by the end of the century (Government of Guyana 2012a). Increases in storm surges of about 5 meters are expected to affect more than 22,000 hectares of the coastal zone, through further inundation and erosion.

Guyana’s shorelines suffer from severe erosion and related flooding hazards, caused overtopping of an aging sea defence system and by mangrove conversion for housing and infrastructure development. At some places, the coast has retreated by hundred’s meters up to a few kilometres. As a result, coastal communities are at risk.   While conventional hard-infrastructure solutions such as sea walls have been implemented, they too expensive and unable to adapt to climate change. Furthermore, they fail to bring back the economic, environmental and social benefits that healthy mangrove coastlines would offer. With the loss of the mangroves, the eco-system services have been lost, which has further affected the livelihood of the people and eliminated the natural environmental resilience so the mangrove systems.

The restoration of coastal mangroves has been the focus of extensive efforts by the National Agricultural Research & Extension Institute (NAREI) since 2010.  From 2010 to 2017 over 500,000 mangrove seedlings were produced in community nurseries and planted in 16 villages along the coastline.   These efforts, combined with the construction of sediment trapping units, have resulted in the restoration of over 300 hectares of mangroves.

To date, no information has been released about the proposed locations of the major projects such as natural gas plant and deep water ports, yet it is unlikely the environmental footprint will be small.

Can Guyana develop along a sustainable path? Can we develop an economy that improves the well being and social equity of the Guyanese people, while reducing environmental risk and ensuring resource efficiency and social inclusivity? Can this be accomplished with limited or no destruction to mangrove ecosystems and the rich diverse biodiversity they support?  Finding the right answers to these questions is of much concern to me. As we plan our development, negotiating the delicate balance between economic prosperity and environmental protection will be a challenge. It will require political will, vision and innovation to successfully walk this tight rope. My participation in the Beahrs ELP has taken place at the perfect time to provide me with the right tools and skills I need to guide decision making to protect our mangroves during these exciting times for Guyana.