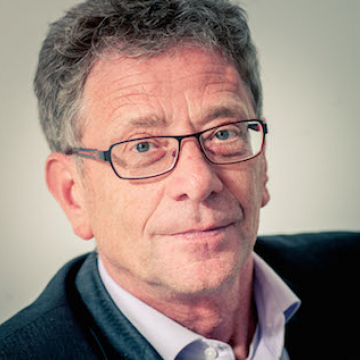 Nico Roozen, Executive Director of the Solidaridad Network, was appointed Officer in the 'Orde van Oranje-Nassau' in 2007, for his life long efforts and accomplishments towards achieving fairly traded goods and sustainable supply chains worldwide. Nico started his career at Solidaridad in 1984 as a campaigner and in 1990, was appointed director. Under his direction, Solidaridad has grown into an internationally renowned organization, with specific expertise in the development of models which bridge the gap between the work of civil society organizations on the one hand and industry, trade and retail companies on the other.

In 1988, Nico launched the Max Havelaar label for fair trade coffee, the world’s first fair trade label that formed the basis for local fair trade labelling initiatives in Europe, Japan, Australia/New Zealand, USA and Canada. In 1996, he established the fresh fair trade fruit importer AgroFair BV, which has grown into a half producer-owned multinational in fair trade tropical fruits with brands such as Oké and Eko Oké. In 2000, he started developing a model for fair trade textiles, including fair trade jeans brand Kuyichi and a fair trade textiles company called Fair&Co. Other notable initiatives at Solidaridad have included the creation of UTZ Certified and MADE-BY. More recently, Solidaridad has co-developed the global Round Tables for soy, cotton, sugarcane, palm oil and livestock.

With an emphasis on empowering smallholder farmers, artisanal miners, and workers in developing countries, Solidaridad is a leader in bringing together supply chain actors (including producers, traders, processors, retailers, governments, and ngos) to implement innovative, context-specific, market-based solutions that improve production practices, enhance rural livelihoods, and protect the environment.