In 2015, consumer recognition of the Fair Trade Certified label reached 58% and U.S. retail sales of Fair Trade products grew to $4 billion. As a result, between 1999 and 2014, low-income family farmers earned over $350 million in additional income by selling to the U.S. Fair Trade market, allowing them to keep their kids in school, care for the land and steadily improve their living standards. In 2011, Paul launched Fair Trade for All to dramatically scale the movement. By innovating the model, expanding to new product categories, strengthening supply chain transparency and activating consumers, Fair Trade for All seeks to generate $1 billion in cumulative impact for farming and working families by 2020. Paul is now leading a campaign to raise $25 million in philanthropic capital to fund the Fair Trade for All growth strategy. Prior to launching Fair Trade USA, Paul worked for 11 years as a rural development specialist in the mountains of Nicaragua, where he founded and led the country's first Fair Trade, organic coffee export cooperative. His first-hand experience over the last 30 years in global supply chain transparency, sustainable agriculture, "impact sourcing" and consumer activation is unique in the certification world.
Photo: 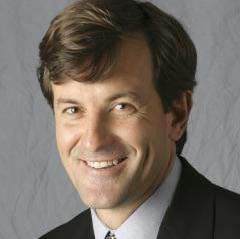