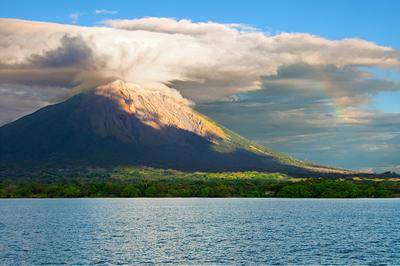 “If the planet were a Bank, they would have already saved it” -Eduardo Galeano.

The Earth still trembles at the electoral defeat of the Democratic Party in the United States. The electoral victory of Donald Trump is the political victory of the climate change denial movement. This political decision will have a negative impact on global climate management because this administration denies anthropogenic influence in climate change.

The climate change denial philosophy is not a political joke; this is a mass movement with supporters within the American people. The coal and oil industries have allocated millions of dollars to fund this movement. They have achieved an electoral victory that ensures representatives of the climate denial movement in the government of the United States of America.

Central America is vulnerable to the emissions that cause climate change; we have to prepare and adapt to the imposition of the climate change on the planet Earth. Geography makes us a victim of the system; however, we have to take our own path and make our contribution to the reduction of emissions.

At ANACC we are creating a proposal, “General Law on Climate Change”. The objective of the law is to organize the structure and competence of administrative authorities’ provisions concerning public policy, administrative procedures and the genome relevant to the field of climate change at the national level.

The campaign will be launched on September 7th with a press conference. We are planning to visit several media sources, universities, members of the Church, private companies and foundations. We will lobby with congress. We hope to be able to communicate to the Nicaraguan population about the devastating effects of climate change.

Due to its geographical characteristics, the countries of Central America, Mexico and the basin of the Caribbean are countries highly vulnerable to the adverse impacts of climate change. 1The increase in atmospheric temperature, the reduction and the instability of the rainfall and the temperature increase and sea level, coupled with the intensification of extreme weather events - drought and hurricanes - have impacts on production, infrastructure, media life, public health, and safety of the population. Additionally, these effects have deteriorated the capacity of ecosystems to provide vital services and resources, resulting in higher levels of poverty and migration in search of better opportunities.

The negative effects of climate change have caused floods, droughts and landslides that have increased by 2.4 times compared to the periods 1970-1999 and 2000-2005. In addition to the many human victims, the expenditure of resources from the public purse for repairs has increased considerably. In accordance with the economic evaluation of 19% of the events of its kind in Latin America and the Caribbean from 2000 to 2005, they represented losses by a total of 20,000 million dollars.

Science and common sense are on our side. In both Central America and the United States, the new epicenter of the battle of climate change will be in the political field. The scientific community, indigenous peoples, and entrepreneurs are aware of climate change, and must participate, promote and choose political candidates who promote the reduction of gas emissions greenhouse, especially in industrialized countries.