I was in the South of Amazonas (Brazil) doing my research on the deforestation process there. I did my usual job as a researcher and professor. At the same time, I went to visit my son, who lives in Lábrea. It is a family and good professional plan. However, using social media, bad news flows faster and faster even in the Earth’s remote areas. 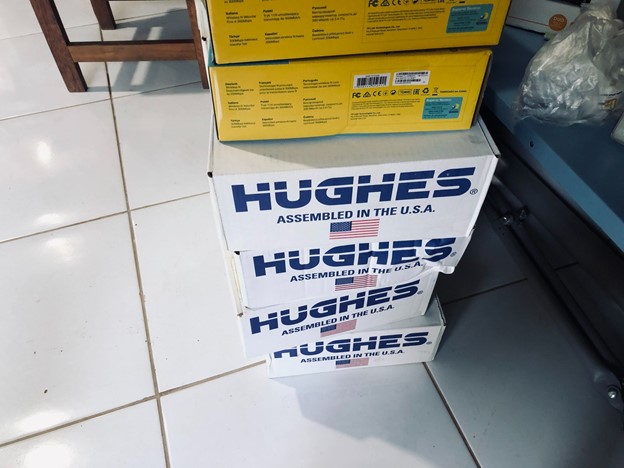 It happens that in KM. 72 of BR 230 I was attacked alone in a complicated section. I was alone, without protection, and my driver stayed inside the car with the air conditioner outside the farm gate. The attackers had everything prepared. It was all very well-planned, but I didn't expect any of that. They gave me many stones, but an old lady did not let them kill me there at that time. In the far Amazon countryside, matriarchal families are ordinary; an old lady has strong power with them. She ordered them to stop, saying that they don't have her permission to use a firearm to kill me. I looked for police assistance, but the police avoided being clear in doing their job. I was lonely again, but I had the medical expert report. Anyway, I escaped death, and sought support from the Church in Manaus, Amazonas state capital city. The local lawyers didn’t want to defend my rights in court because they didn’t want to get in trouble.

The local police authorities recorded only the assaults and attempted murder, but none of the environmental crimes committed by the attackers. It is Bolsonaro's very efficient and unstated policy. Bolsonaro is like a god in places like this in the Amazon. Many people were dead for nothing. Social and political tensions are more vital than ever, according to local polarization bumped by social media such as WhatsApp, Instagram, and Facebook.

I don't have these social networks (except WhatsApp and LinkedIn), as I am opposed to using social media. They know much more about me than I do about them. Illegal farmers have organized meticulously via those platforms. Then, in the field, I was at a disadvantage and alone. They (the farmers and peasants) spoke nasty words about me and did the same for them. Paradoxically, I was in social media evidence presenting papers and organizing events outside Brazil, mainly in the USA and France. To be an environmental researcher in California, Paris, Strasbourg, Rotterdam, etc., is easy and respectful. The inverse happens in the Amazon countryside fields.

I know informally that environmental crime registration on BR 230 (Transamazônica Highway) has official stamps at the ICMBio in Santarém 1,631 Km Away from Lábrea. However, official information about the guerrilla-style attack against me has very well-kept personal registrations. I have photos of the injuries sustained to my arms and legs. I looked for police assistance, but as I said, they avoided doing their job.

Please take into account that illegal logging farmers did this to me even though they know that I am a researcher and not a peasant or indigenous people member. They know it very well, including that I have local relatives. Thus, I want to say that an ordinary peasant without state protection and democratic institutions can easily be assassinated, and nothing would happen; for a long time nobody sees, nobody hears, and nobody says anything.

I was an assistant professor at the state university’s local campus. During this time, in 2011, questions asked about my classes were unclear, such as grey zone local politics. Even today students see me as an "environmentalist," like a "communist." These are not good words in their minds.

To propose sustainable solutions in places like these in the far Amazon countryside is an enormous challenge. However, I don't care about these challenges for now because I think about the long term. No problem! Solutions are coming anyway. I hope we are on time.

The local church is trying to help me to find a lawyer. But as I said before, the local lawyers don't want to defend my rights in court because they don't want to get in trouble either way.

Specifically, the Southern Amazon has a long history of violence at all levels. This culture of "violence is cool" has deep and strong roots. Younger peoples’ idols are rich and violent people. More substantial social status works together with extreme violence. In that scenario, massive incarceration increases violence because of the price of heads up to the atmosphere attracting new violent entrepreneurs. These new murderers appear offering their services because the lucrative business of violence is a significant venture. Money, reputation, prestige, and the guarantee of 100% impunity to be a prisoner creates this place where crime is always the best business.

Recently, the current Brazilian administration guaranteed zero environmental fines. Nobody has paid environmental damage penalties or punishment except a few peasants working on big farms, and then only for a few days. The actual owners never appear in the scenario because they are powerful and borrow employees' and peasants' social numbers to securitize their crimes. The "Cadastro de Pessoa Física - CPF" could be a valuable social number to put influential owners and their crimes behind the curtains. Illiterate peasants and poor farmers are glad to be part of this scheme because the strategy works, and they have an excellent opportunity to advance in social and economic terms. Finally, illegal activities always have guns; now, they have political power. Be careful, and please understand.

These places have a bitter soup of social status, economic opportunities, political power, and cultural recognition related to extreme violence. This time is not different, but better because the environmental crimes have a "grey zone" full of clouds to investigate and research these events, facts, organizations, institutions, documents, pictures, maps, and data.

Because of the languages of local peoples, expressions of fear can be challenging to understand if they are an interrogation, exclamation, or affirmation. Sometimes they are nothing more than an excuse to avoid any unusual embarrassment like forbidden questions, comments, and observations. Eventually, careful immersive research looking for all the details as part of complex puzzles is a global necessity to save the Amazon.

Last but not least, with half of the Amazon population below the poverty line, we don't have the legitimacy to implement any environmental policy. We need to go back to the basics. Then, it occurred to me, but it can happen with all of you—brothers against brothers—relatives against relatives—families against families, and many more. The structural level of extreme violence has no limits in the Brazilian Amazon.