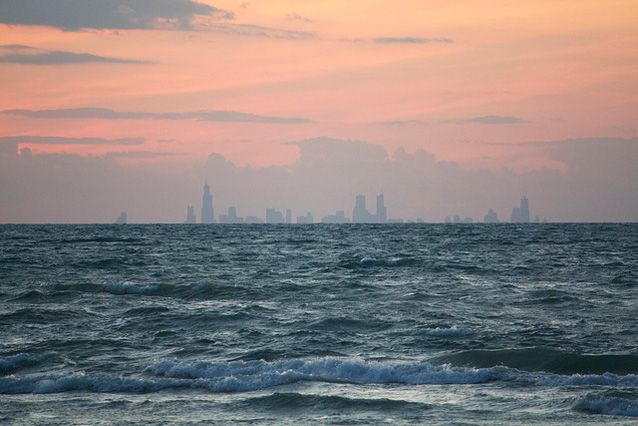 The Great Lakes Commission (GLC) is a binational agency that represents the eight U.S. states and two Canadian provinces that border the Great Lakes between the U.S and Canada in North America. The GLC is an advisory body created by the U.S. through an interstate compact in 1955; the Canadian provinces were formally integrated in 1999. The GLC advises its member states and provinces on a wide variety of transboundary water governance issues that include water quality, water infrastructure, maritime commerce, waterfront revitalization, habitat restoration, aquatic invasive species; and information management.

The Commissioners that make up the GLC are a mix of appointed executives, senior-level civil servants, and elected officials from the executive and legislative branches of state and provincial government. About 75 percent of our Commissioners are appointed by a governor or premier. The makeup of the GLC reflects the diversity of political leadership among Great Lakes states and provinces.

Because GLC membership is one or two levels removed from governors’ and premiers’ offices, the organization is more resilient and less vulnerable to changing political tides. Strong institutional mechanisms guide our work, starting with the Great Lakes Compact of 1955 that established our mission and associated by-laws that guide how we operate. A strategic plan guides the GLC’s work over a five-year period. That strategic plan is developed through an iterative process between staff and the GLC Board of Directors, and ultimately adopted by the full Commission. Once adopted, the strategic plan stands as the foundational document that authorizes the work we do, providing a level of structure and resiliency whatever political changes may occur.

The process for developing our most recent strategic plan began in early 2016 with the intent of completing it in about six months. It was a presidential election year in the U.S. While the election did not fundamentally affect our day-to-day work, there were several setbacks in developing and building consensus on a new strategic plan. One of our governors ran for president and another was vice presidential candidate on the final Republican ticket. The highly-politicized presidential campaign might have handicapped a less-resilient organization.

One of the obstacles we faced was changing delegations in states that were active in the U.S. presidential campaign. This resulted in different and new Commissioners serving the GLC. Some of these individuals did not understand the organization, or how it worked; others were familiar but not convinced that the organization was as transparent as it should be. These Commissioners felt that the GLC’s by-laws, which were originally created in the 1960s and amended multiple times, did not provide sufficient level of detail on how operational and strategic decisions were made within the organization. Senior staff, myself included, knew these procedures well, but we had not written them down in an orderly fashion. For the first time since the GLC was created in 1955, the organization was challenged to document how we do our work. This Guide to Great Lakes Commission Operations and Procedures covered the roles and responsibilities of Commissioners and staff, how, when and where GLC meetings are held, how policy resolutions are developed, how the strategic plan is developed, how the organization procures funding, and how finances are managed. It was not an easy task to develop this guide. The request came in early fall 2016 and deferred action on adopting the new strategic plan which some staff and Commissioners thought was complete. Many staff and Commissioners were frustrated.

The timeline for adopting the strategic plan was delayed, but in the interim we developed a seminal document that not only built support for the organization among the current suite of Commissioners, but strengthened the resiliency of the organization to not only withstand scrutiny (whether political or not) but also to memorialize what had been common practice, thereby building additional resiliency. Finally, the new strategic plan was adopted in January 2017, and the operations and procedures guidelines were adopted in March 2017.

The organization is now going through another key change: the Executive Director is moving on. This could have made the organization vulnerable to political pressures, but these recently adopted documents provide a solid foundation to guide the Commission during this transition period. Sometimes the stresses and pressures, political or not, are what forces an organization to become stronger and more resilient.That was the recent case with the Great Lakes Commission. Sixty years and going strong: we are more resilient than ever.