Wildlife Not Hard-Life: Custodian of the Environment

(This is an excerpt of inaugural lecture being prepared to be delivered for the coming academic session (2018-19) at my university.)

Wildlife management is both the art and the science of managing pristine natural resources (fauna and flora) in their original form, on a sustained basis, to meet the current needs of human beings as well as sustain for future endeavors. The resource conservation goes beyond mere preservation and being kept untouched, also including wise and rational utilization. This is based on ecological principles that include agriculture, forestry, and other pastoral development. Initially, I had reservations about accepting the course at the undergraduate level. But the rubicon was crossed and I became determined in the third year when I discovered enormous opportunities in the wild, and realized that wildlife is not hard-life: it is the custodian of the environment.

The environment is the intricate assemblage of biotic and abiotic components of the planet. The study of interrelationships that exist between this environment and living organisms is ecology. These organisms, including human beings, are dependent on the environment and also serve major functions in it, which enable other organisms to survive. “Man” therefore becomes the beginning, central, and endpoint of the existence of the environment (Genesis 1: 1-28). “After God created all other forms, on the sixth day, God created man in His own image to have dominion over the fish, animals, plants and every living thing that moves on earth.” The environment is not totally independent, as many intimate relationships exist within a biotic community; as populations interact with each other, such environments are not composed exclusively of biotic factors, but include non-living features. Together, they make a functional unit of the ecosystem, which is an independent unit. Ecologists must therefore have a good understanding of the environment as a necessity of life to become a good custodian of the environment (Figure 1). 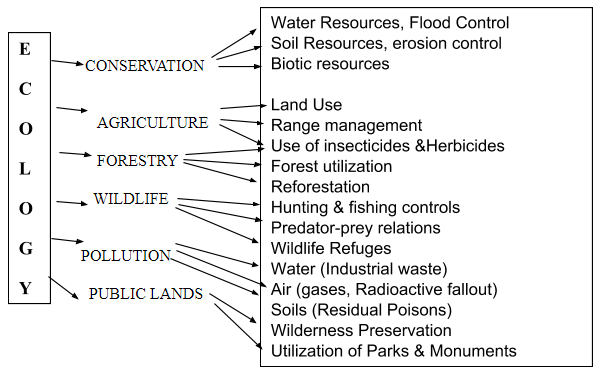 Figure 1: Ecology has far-reaching applications in many areas that affect our lives.

Wildlife means all non-domesticated animals which live outdoors, including mammals, birds, and fish which may be hunted as controlled by law. Living things on earth affect other living things. We share the same air and sunlight. People need food, shelter, water, and space just as wildlife needs food, shelter, water, and space. These things make up a creature’s habitat. With an area of 923.773km2, Nigeria is blessed with abundant natural resources, including wildlife. It is pertinent to note that only 9.8% of the total land area is under conservation, out of which game reserves and national parks form 3% (Ayeni et al., 1982). Most of these land areas have been extensively encroached by other land uses; hence, wildlife resources have suffered serious depletion as a result of incessant over-exploitation and gross misuse. Wild animals, which used to be a great source of protein for people, especially in rural areas, are disappearing at an alarming rate because of forest exploitation, shifting cultivation, oil pollution, soil erosion, desertification, wildfires, and indiscriminate killing of wildlife.

The concept of natural human carrying capacity is defined as the population density of humans that can be supported by the natural productivity of a given environment or existing community. For comparative purposes, this is a sort of density that might be sustainable when people are still living mainly by hunting and gathering for subsistence. The population of Nigeria is growing at a rate of 3.75% over year indicating a doubling of the population every 22 years. Demographers estimated the population to be 91,178,000 in 1985. At present, in 2018, the population is over 185,200,000, and with 288 people per square mile, it is not equally distributed. That is to say, heavily hunted areas around settlements are ‘sinks’ for wildlife, which are replenished from less disturbed sources of habitats in between. In other words, when heavily hunted areas coalesce or congregate together there is no effective source for wildlife replenishment. Wildlife as a resource from the renewable natural environment is characterized as a public good, a good that is both non-rival and non-excludable. That is, one person’s consumption does not diminish the amount left over for others to consume (non-rival), nor does one person’s consumption inhibit others from consuming the good (non-excludable). This explains why hunting and trade in wildlife is open market with little or no managerial control. Wildlife resources are often referred to as “God given” and therefore free for all, because we are all from God and retaining back to God. In such conditions of loose management of wildlife resources where everyone can “use” or “kill” regardless of individual effort to help in providing the resource, the phenomenon is known as “free-riding.” This situation therefore calls for government involvement to resolve the problem by creating protected areas (National Parks, Game Reserves). Loomis (1993) opined that provision and protection of such public goods involves opportunity cost, which consists of tax monies that would otherwise provide alternative service to protected areas that would otherwise provide alternative service that people will value.

Post Image: Residents and farmers in six communities (Alawo Ekun, Atupa, Ayinuola, Blessing, Ago Taylor, and Nirowi) in Idanre Local Government Area of Ondo State are living in palpable fear over the killing of one of the eight elephants said to have been terrorising farmers in the last few months.